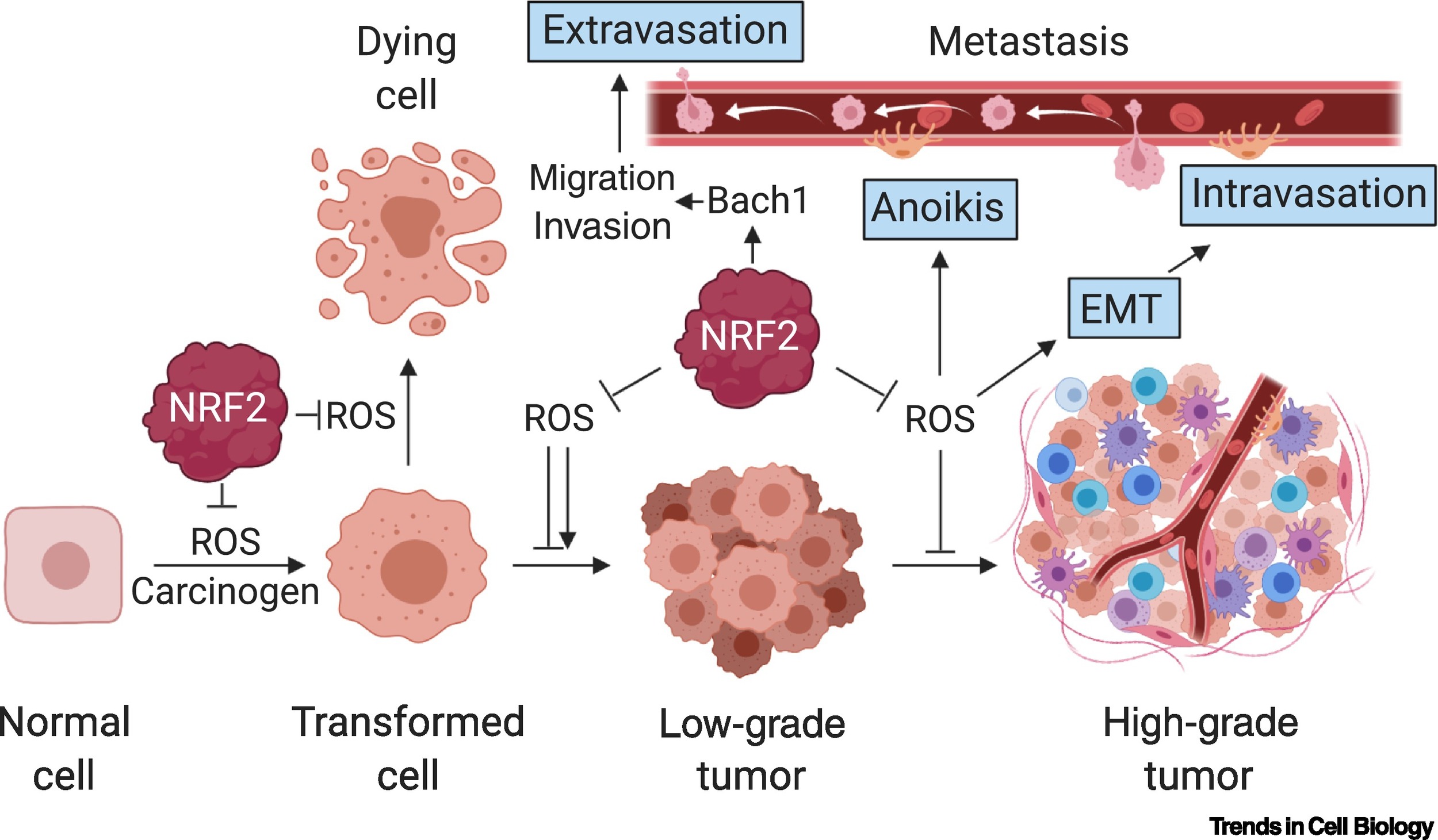 From Harris and DeNicola, Trends in Cell Biology 2020.

Understanding the complex roles of NRF2 in tumor progression and metastasis

However, we find that the effects of NRF2 on tumor phenotypes are complex and highly context dependent. In a collaborative study with the Vousden lab, we showed that active suppression of ROS by NRF2 suppresses pancreatic cancer metastasis (Cheung et al., Cancer Cell 2020). To assess the effects of NRF2 activation on cellular metabolism and tumorigenesis in an isogenic system, we generated genetically engineered mouse models of both the NRF2D29H and KEAP1R554Q mutations found in human NSCLC. Surprisingly, these mouse models demonstrated that NRF2 activation impairs the progression of p53-deficient lung tumors (Kang et al. eLife 2019).