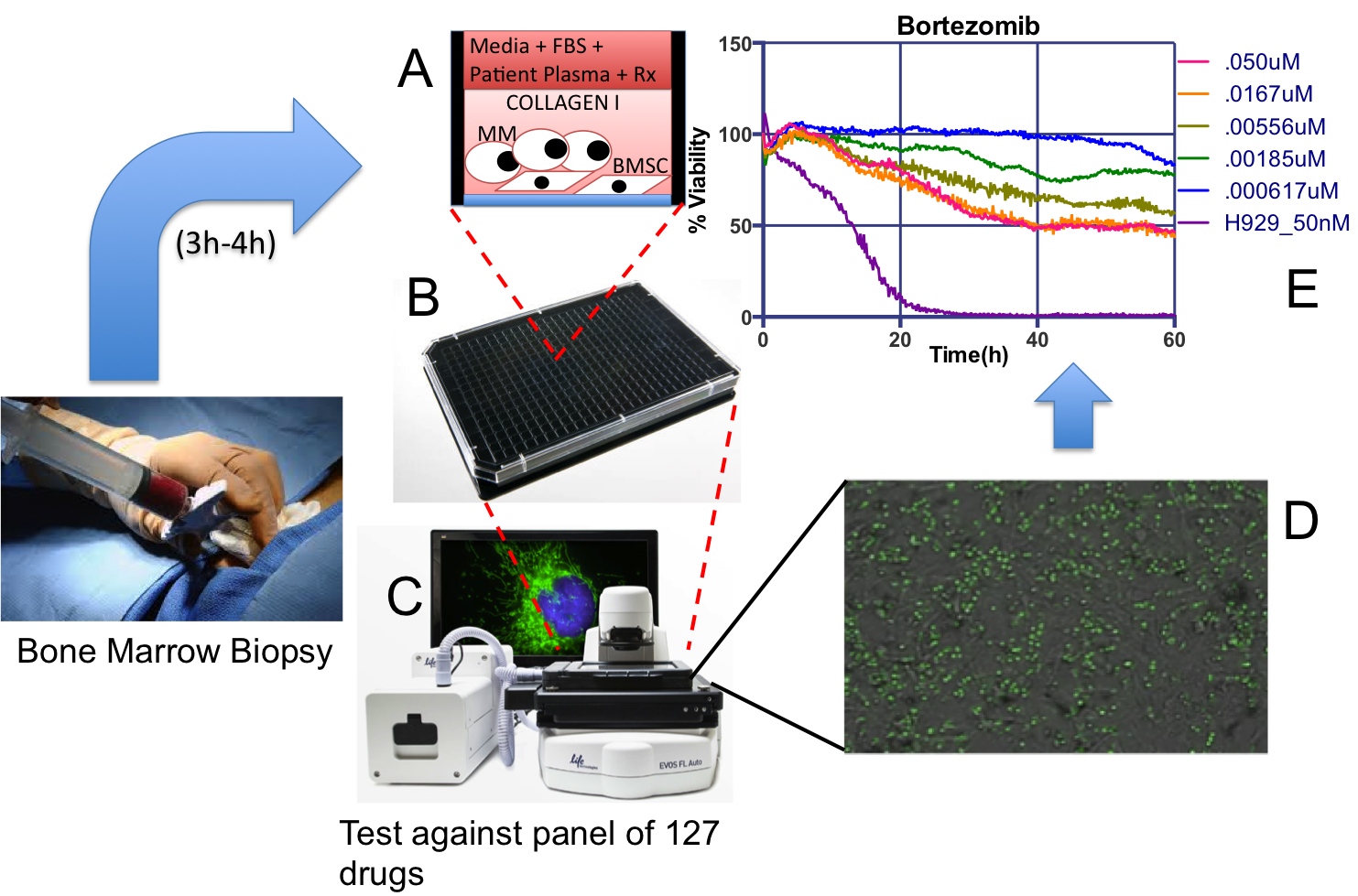 EMMA is a unique ex vivo drug sensitivity assay where patient-derived Multiple Myeloma cells, from a standard-of-care bone marrow, are co-cultured in 384- or 1,536-multi well plates, and exposed to up to 127 different drugs and combinations (A-B).

Each plate is imaged for a period of one week in a digital motorized microscope equipped with bench top incubators (C). A novel digital image analysis algorithm detects live cells and drug-induced cell death, which generates patient-specific drug sensitivity profiles to generate patient/drug-specific models of clinical response to therapy (D-E).

In order to unravel the transcriptomic topology of a complex disease like MM, we employed RNA-seq data from 844 patients to identify modules of co-expressing genes using a robust dimensionality reduction technique and an efficient clustering method. Z-normalized expression of 16,738 genes across 844 MM patients is used to identify clusters of co-expressing genes that are likely to play disease-specific functional roles. We use ex vivo drug sensitivity data for each drug from EMMA, to identify clusters that are enriched for resistance and sensitivity using gene set enrichment analysis (GSEA). The genes in these clusters not only correlate with resistance/sensitivity, they also co-express among themselves, thereby implicating them in a pathway/mechanism, or a common upstream regulator.

We developed a novel biophysical model that accounts for transcription, translation, and post-translational modifications from first principles and assume steady state to develop a functional relationship between gene expression of transcription factors and kinases, and target genes. Moreover, the model includes patient-specific rate constants for ribosome, protein degradation, RNA synthesis, and RNA degradation; which are all known KEGG pathways that have single-sample GSEA (ssGSEA) scores that represent enrichment of each of these pathways in a given patient. We model these patient-specific rate constants as a function of that patient’s ssGSEA scores. The 844 MM patient cohort is equally divided into training and validation cohorts, where the model parameters for each target gene are estimated by fitting the proposed biophysical model to the target gene expression. The estimated model parameters are used to predict target gene expression and are correlated with actual gene expression for the validation cohort. 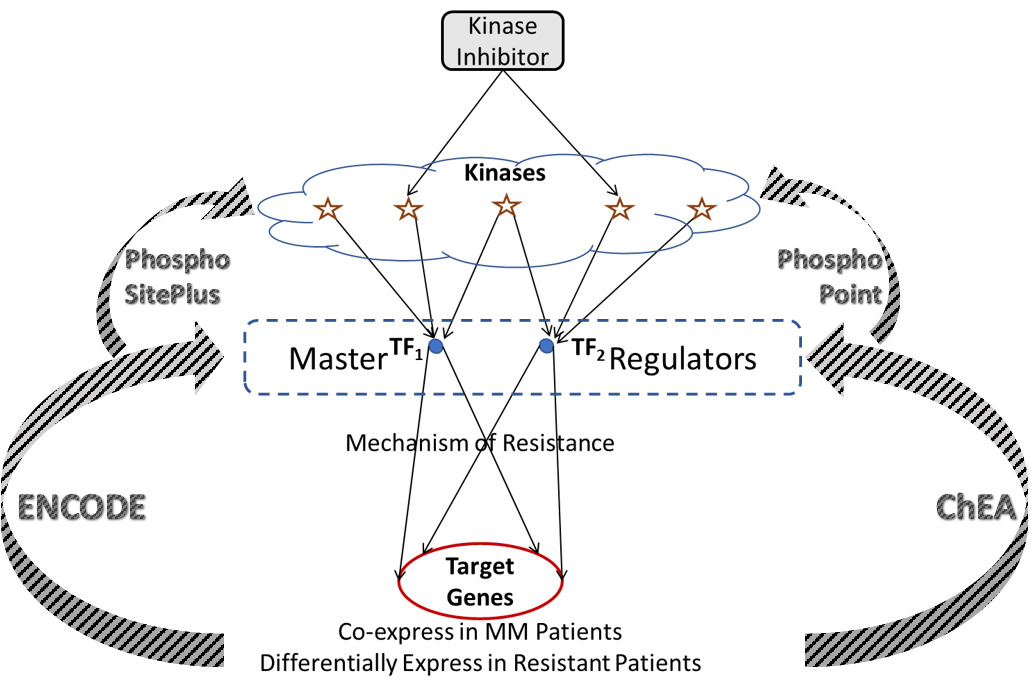