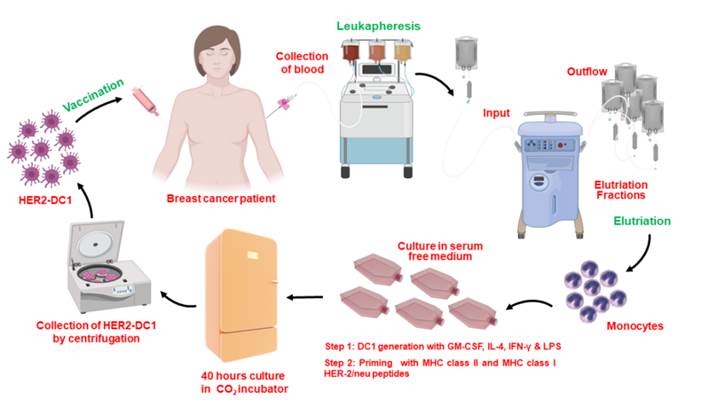 Intratumoral DC1 Immunobiology, the Abscopal effect, and the Connection Between Cellular and Humoral Anti-Tumor Immune Response

Intratumoral immunotherapy aims at generating priming of anti-tumor immunity to drive systemic and durable clinical benefit.  Key clinical results with intratumoral immunotherapy using  intratumoral BCG, cytokine IL-2 and immunostimulatory toll-like receptor agonists have shown both local and distant activity which indicate that there is a direct connection between the abscopal effect and mechanisms involving the immune system. Our lab is currently investigating the intratumoral delivery of DC1 vaccine to generate priming of anti-oncodriver CD4 Th1 immunity to induce systemic changes at the cellular and humoral level. In addition, we are studying the interplay between B cell antibodies and T and B cell infiltration into the tumor and their contribution to the abscopal effect.

While survival in patients with early HER2+ invasive breast cancer (IBC) has improved as a result of HER2 targeted agents, patients with metastatic HER2 breast cancer (MBC) often become resistant to therapy and eventually recur. Thus, there is a strong need for novel approaches to treat metastatic HER2+ BC. We have demonstrated that in patients with recurrence there is a loss of anti-HER2 CD4 Th1 response and have shown that Th1 cytokines cause induction of tumor senescence and apoptosis in HER2 IBC, especially when combined with anti-HER2 antibodies.  We have assessed whether anti-HER2 CD4 Th1 therapy induced by dendritic cells could be improved using  preclinical metastatic HER2 mouse models. We have developed a protocol to expand CD4 T cells from PBMC post DC vaccination and are currently investigating the adoptive T cell therapy approach using CD4+ T cells in preclinical murine models. In addition, we are validating different methodologies for the expansion of T cells ex vivo and for improving the homing, persistence and cytotoxicity of reinfused T cells. The goal of these strategies is to improve the clinical success of adoptive T cell therapy.

Metastatic spread in breast cancer patients is the major driver of cancer related death. A unique subset of cells disseminated from early stage breast cancer patients act as an intermediary in the metastasis outgrowth process. Approximately 40% of early stage breast cancer patients are positive for disseminated cancer cells (DCCs) in distant organs. After dissemination, DCCs enters a dormancy stage and become refractory to conventional therapies. After a prolonged period of time, these DCCs get activated and can form overt metastasis. DCCs exhibits heterogenic characteristics, stem cell like properties and express unique gene signatures, which makes them difficult to target with current therapies. Our laboratory focuses on understanding the molecular mechanisms of breast cancer cell dissemination and gene expression signatures during breast cancer progression. In addition, we are currently investigating the role of anti-oncodriver Th1 immunity. and targeted therapy on DCCs and their effect on stemness/dormancy potential and tumor recurrence/metastasis seeding potential. 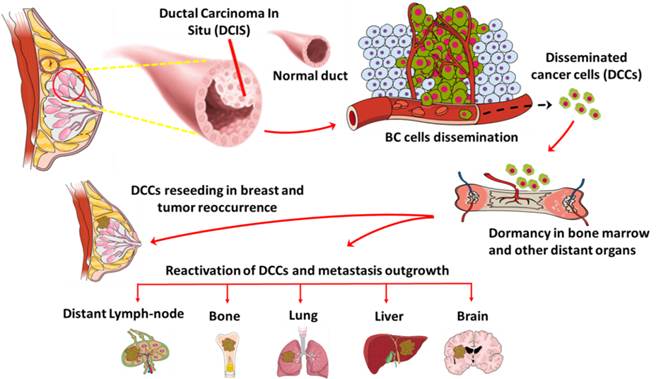 HER2-targeted agents improve survival in early breast cancer (BC), but for patients with locally advanced or metastatic disease, therapy resistance remains a significant clinical problem.  HER2 overexpression can be maintained because proteasomal degradation pathway (PDP) E3 ubiquitin ligase Cullin5 (CUL5), which targets proteins to PDP, is frequently mutated or under expressed, resulting in reduced overall survival for HER2 BC patients. Protection from CUL5 also occurs when client proteins associate with the co-chaperones cell division cycle 37 (Cdc37) and heat shock protein 90 (Hsp90).  We are currently investigating the relationship between PDP/ HER2 targeted therapy, and the Th1 immune response in HER2 sensitive and resistant cells. 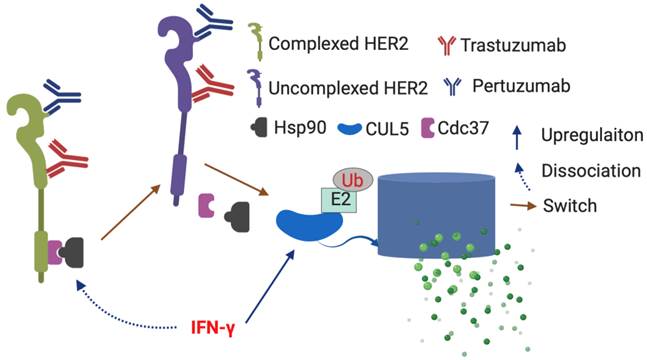 Triple negative breast cancer (TNBC) is the most aggressive subtype of breast cancer and demands novel therapeutic strategy for better efficacy and improved patient outcome. One of the primary interests in our lab is to understand the molecular architecture of triple negative tumors and to develop an effective and targeted immunotherapy for TNBC patients. Breast cancer cells have multiple proteins known as oncodrivers, which play a critical role in tumor cell growth and proliferation.  Developing new cancer therapies targeting these oncodriver proteins and their signaling pathways has been a promising area of translational cancer research.

Apart from inherited susceptibility such as BRCA mutations, several environmental factors and lifestyle components have also been strongly linked to breast cancer. Epidemiologic studies suggest that the human microflora contributes to 16–18% or more of worldwide malignancies. Microbiota of women with breast cancer differs from that of healthy women, indicating that certain bacteria may be associated with cancer development and in response to therapy. Our laboratory is currently investigating how the gut microbiome contributes to both breast cancer growth and survival through reciprocal interaction with the immune response.